We need to be free of clinging to either the one or the other, altogether. Some students learn about the Buddhadharma and then want to have nothing to do with the apparent world.

It has even happened that they refuse to eat, defying anything they consider mundane. Lord Buddha described apparent reality and never negated the concrete world we experience. He clarified the truth of reality in and around us and showed how it actually is. Many students think that fleeing from what appears within and without leads them to the truth, a fundamental mistake that I wish to warn you about. The error that can arise is assuming once emptiness has been realized, nothing at all exists any more.

While abiding in meditative composure of calmness, a knowledge arises which sees that all things are free of coming and going, of being and non-being, of both being and non-being, and of neither being nor non-being. After having rested in meditative equipoise, the apparent world is there, as it was and as it is, and does not disappear. A sincere practitioner understands and sees that existents are appearances and that what appears does not truly exist as it seemingly appears to do.

We need to sincerely know that the two truths are inseparable — we need not divide them. Ascertaining this truth is realizing the ultimate view. He experiences no contradiction or controversies, rather the truth of reality.

The Vajrāyana Ground, Path and Fruition

As far as the relative and ultimate truths are concerned, we need to know that while things appear they are by nature empty and that because of being empty they appear. The two truths do not imply that before a student treads the path of the Buddhadharma there is total there-ness and emptiness gradually slips in during meditation or a Lama brings it along and distributes it to the crowd.

Emptiness does not mean that a practitioner meditates, realizes emptiness at a certain stage, and after practice sessions needs to put things back into place in order to be able to function again. Things appear because they are empty of inherent existence, therefore emptiness and clarity are not in opposition, rather they are one. Understanding the indivisibility of emptiness and clarity is the supreme view.

If a student investigates how things are, he or she non-mistakenly comes to know that all phenomena are empty of inherent, self-supporting existence. Clinging to an analytical understanding of emptiness brings the danger of straying into an intellectual understanding that nothing exists. In contrast to other religions, belief is of no relevance in Buddhism, rather Buddhism taught us to ascertain that all appearances are there since they are by nature empty of inherent existence. It is not the case that an opinion can become a belief in Buddhism, that Vajrayana once originated in Tibet, and is a religion one is now free to blindly follow.

It is not the case that one believes in the yidams employed in Tantric practices. Knowing this, a practitioner can — wakefully aware — tread the path that Lord Buddha showed. The Path. What is the path in the sequence of ground, path, and fruition? We have heard that the ground means realizing the indivisibility of emptiness and clarity, ascertaining the relative and ultimate truths.

The path evolves from the ground. The path is the unity of compassion and superior knowledge of emptiness. Should practitioners focus their attention on emptiness only, they would become very uptight; should they focus their attention on compassion only, they would become very attached. Actually, superior knowledge is won by critically scrutinizing appearances and experiences in order to know the actual nature of existents.

It is very difficult, if not impossible, for such a student to develop the openness of compassion that is needed to achieve omniscience. The practices of compassion are skillful means to balance the mind from falling into the extreme of nihilism. Knowledge of emptiness and openness of compassion must be practiced together in order to experience and manifest fruition. Someone who only develops compassion has attachment to presence.

Someone who only gains certainty of emptiness feels frustrated and becomes up-tight. If we do not practice both together, we will encounter tremendous difficulties.

The Prayer of the Ground, Path & Fruition

I would also like to say that doing a three-year retreat does not solve problems. Through the wonderful activity of Venerable Kalu Rinpoche, many centers have been built all over the world and quite a few practitioners enter a retreat. Some fail, leave the retreat early, or experience difficulties later.

lastsurestart.co.uk/libraries/other/2704-locate-another-honor.php This is not due to the retreat as such nor to the Buddhadharma, rather the great path consists of developing immeasurable compassion and knowledge of natural emptiness together. When a practitioner becomes discouraged because he or she lacks sufficient compassion or is attached to emptiness, then difficulties arise. If someone in retreat does not understand that the practices of great compassion and superior knowledge need to be unified, he or she will fail.

If both are practiced together, then it works very well. Believing a deity of visualization practice truly exists is an extreme, an erroneous view. Visualization practice of the creation phase of meditation is skillful means of compassion; developing the experience of emptiness is the purpose of the completion phase of each practice. Again, both stages of meditation - those of presence and of emptiness - must be practiced together. Not knowing the meaning of this inseparability, practitioners do not know what to generate and what to dissolve nor why they are doing this in the first place.

They would be completely confused about both aspects of every meditation practice and all efforts. What is fruition in the sequence of ascertaining the ground and manifesting the path? I have clarified that the path consists of unifying compassion and superior knowledge.

Fruition evolves from the ground and path. It is described as having two aspects: it benefits oneself and it benefits others. If we realize the unity of both, we appreciate the limitless activities of all Buddhas, who have attained the two virtues, the Dharmakaya and the two form kayas. I have elaborated ground, path, and fruition. If you understand them correctly, then you will experience no obstacles while practicing the path to enlightenment.

Meditation Practice. How do we manifest the ground, path, and fruition?

By contemplating the oral instructions, may I subdue the darkness of ignorance. By the light arising from meditation, may what is shine forth just as it is.

May the luminosity of the three prajnas increase immeasurably. Every living being possesses innate wisdom, which is momentarily obscured — more so in some, less so in others. It is not the case that there is a living being who is not endowed with wisdom. In order to reveal the innate wisdom equally abiding within all, meditation practice is employed. Meditating on noble Manjushri is such a means.

I explained that we need discriminating wisdom or superior knowledge when we pursue the Buddhadharma and for all situations in life. If we do not have knowledge, we will experience many difficulties. 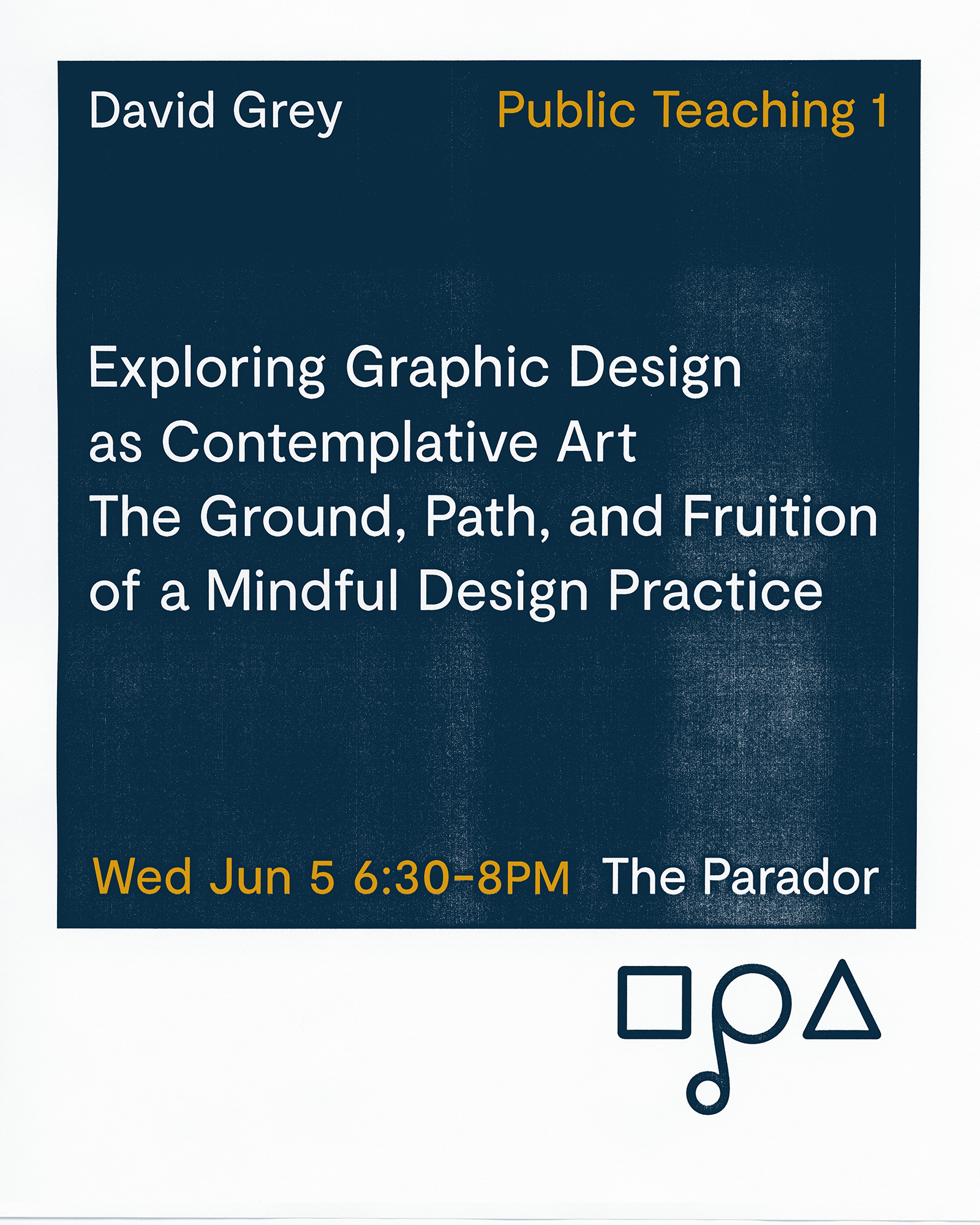